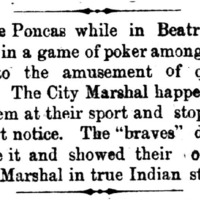 Activities of the Ponca while traveling through Beatrice 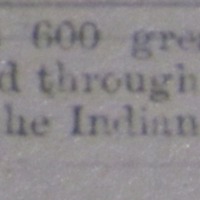 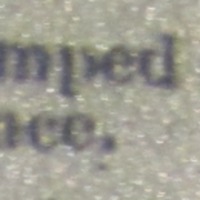 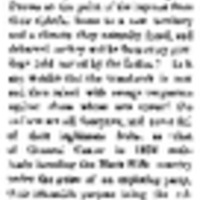 Passage of Ponca through Columbus, NE 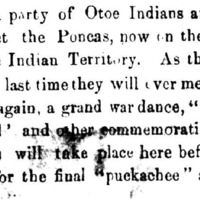 Meeting of Ponca and Otoe Indians 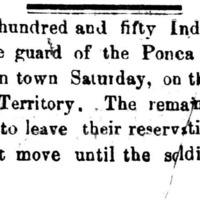 The first group of Ponca's passage through Columbus, NE. 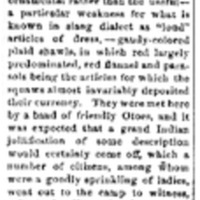 Activities and spending habits of the Ponca during their stay in Columbus, NE. 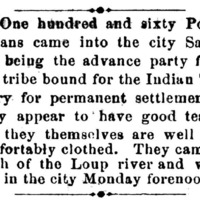 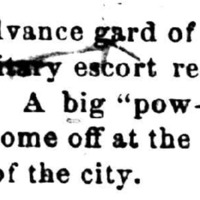 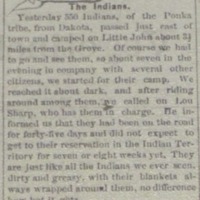