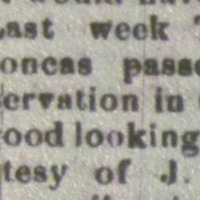 Nebraska and Kansas newspaper comments on passage of Ponca through towns.

View the items in Newspaper Excerpts

Text documents related to the Ponca Tribe and their removal.

View the items in Text Documents